Get all the tools you need to upgrade the factory HDD of any 2009-2019 iMac to a larger HDD or a modern SSD.

Mercedes WILL NOT tell you the proper break-in needs, namely oil requirements, due to the heavy hammer of EPA regulations. To wit, Mobil 1 will NOT allow proper engine break-in. The 2018 engine is the same as 2017, etc so the same things apply.

Contact me for a referral to an expert on Sprinter maintenance: type of oil, additives to de-sludge and de-coke the engine, turbo, EGR, swirl valves, etc. This expert will charge you $200, and you will be very happy about what you learn, once you understand that it will likely save you many thousands of dollars down the line (seized-up engine, blown turbo, EGR and swirl valves can go well over $20K and the dealer will just want to replace it all even though there are usually options to de-sludge and de-coke the system).

Expert’s Bio: I worked for Mercedes-Benz for 50 years. I was a mechanic, shop foreman, Instructor at the Jacksonville Training center, Field Service Manager, Field Service Technician, Service Director of three MB dealerships, & I owned my own Mercedes-Benz service center. I got the Mercedes-Benz Star Technician Award once, & the Service Manager of the Year 5 times. I retired in 2017. For owners that want personal advice, I send them a PayPal link for $200 to my Grandson's college education savings.

Upon purchasing a new Sprinter, my action would be (now that I have learned the hard way) to IMMEDIATELY drain the Mobil 1 oil (discard it appropriately) and fill with an appropriate break-in oil; see expert above above for oil recommendations. To wit:

"Breaking-in" a new diesel engine. . . You may immediately come up with some questions such as… Why didn’t Mercedes-Benz release an article about something that is a important issue? I thought newer engines were manufactured with precision crafted parts? According to the manufacturer, there is supposed to be “no break-in necessary”? Many engine manufacturers claim that their engines do not require break-in. Is that just pure baloney? After a few references to some of the Mercedes-Benz shop manuals, their is now a clearer picture. All engines require some kind of break-in period. This is even true with current technology.

Although current technology provides the means of manufacturing engine parts with unimaginable precision, the manufacturer still falls far short of achieving the near perfect fit that a proper break-in will provide. “Break-in,” for the most part, is the allowance of the machined cylinder and ring surfaces to conform to each other’s shape during engine operation. This conforming or “mating” of ring and cylinder surfaces is the ultimate goal of a proper break-in. “Mating” these two specific parts will produce a very tight seal in each cylinder. A tight seal is very important because it prevents the escape of unburned fuel and pressurized gasses into the crankcase, while further preventing crankcase oil from entering the cylinder above the top compression ring.

With DPF regeneration now an important part of the combustion process, a perfect ring seal is critical. When the rings are not perfectly mated to the cylinder walls, excess fuel used for DPF regeneration can wash past the rings and into the crankcase.

The 2018 Sprinter Operation Manual, page 119 says NOTHING about break-in oil. It makes general recommendations which amount to “drive gently for the first 1000 miles”. This is all good, but what about the engine oil? The engine CANNOT be broken in properly with the standard Mobil 5W-30. This is surely grounds for a class-action lawsuit—guaranteed inferior lifespan. Mercedes apparently would rather server customers poorly than deal with the EPA, which requires an inappropriate engine oil which at first improve fuel efficiency but later has major negatives for engine lifespan (and fuel efficiency!).

For the service life and economy of your vehicle it is crucial that you break in the engine with due care.

• Therefore, protect the engine for the first 1000 miles (1500 km) by driving at varying vehicle and engine speeds.

• Avoid overstraining the vehicle and high engine speeds during this period, e.g. driving at full throttle. Do not exceed Ø of the maximum speed for each gear.

• Do not change down a gear manually in order to brake.

• Try to avoid depressing the accelerator pedal beyond the point of resistance (kickdown).

• The shift ranges 3, 2 or 1 should only be engaged when driving slowly, e.g. when driving in mountainous terrain.

After 1000 miles (1500 km), you can increase the engine speed gradually and accelerate the vehicle to full speed.

My original break-in notes from 2017

What follows was written in 2017 when I bought my Sprinter. It is too late for me to break it in with a proper oil, but I can maintain it far better than Mercedes or Mercedes dealer would have you do (Mobil 1 5W-30 is a terrible choice).

Given the difficulty of getting a clean smog report that requires driving 800 miles or so, plan to spend time properly breaking-in the Sprinter (California residents who buy in California do not have to deal with smog initially).

Do NOT just go drive a new Sprinter 500 miles on the freeway at one speed. A diesel should run for several hundred thousand miles if broken in properly.

When I got my sprinter, I had to drive about 180 miles to get to my camping site, but this did have some variation (45 to 65) and I then had some slow-speed dirt road and then some 35 to 45 mph and then more highway at 65 and then some more slow speed stuff, etc. Perhaps not perfectly ideal, but with reasonable variation. The troublesome thing is that 65 mph spins a 4x4 Sprinter engine at around 2600 RPM, so 65 mph is problematic for break-in. Also, it is hard to keep the RPMs down if forced to drive with the nut cases at 75-80 on the east San Francisco bay area freeways (I had one good size mobile home go by me at about 80 mph). Take back roads and slow it down for break-in.

New or replaced brake pads and brake disks only reach their optimum braking effect after a few 100 miles (a few 100 kilometers). Until then, compensate for this by applying greater force to the brake pedal.

For the service life and economy of your vehicle it is crucial that you break in the engine with due care.

After 1000 miles (1500 km), you can increase the engine speed gradually and accelerate the vehicle to full speed.

You should also observe these notes on breaking-in if the engine or parts of the drive train on your vehicle have been replaced. 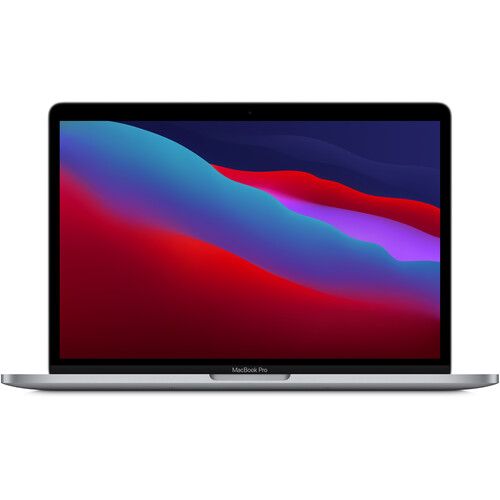